When the most important organ in your body needs special care, you need the assurance of a compassionate team of expert neurovascular specialists.

At the AdventHealth Neuroscience Institute, you’ll find them at our state-of-the-art facility for treating cerebral aneurysms (also called a brain aneurysm). We are one of the few medical centers in the country that offers endovascular neurosurgery. Our specialized doctors perform procedures that can reach aneurysms in highly sensitive areas of the brain from inside the blood vessel.

It’s just one way we put advanced neuroscience technology to work with minimally invasive treatments that help people of all ages find healing from a brain aneurysm. 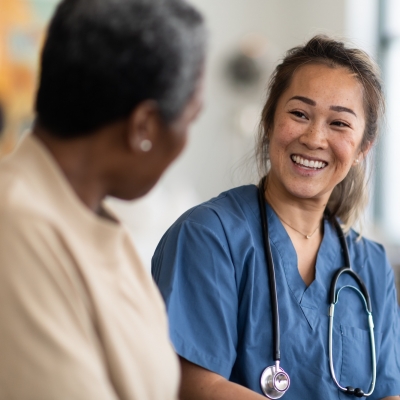 A Partner Who’s There for You at Every Step

Facing a brain aneurysm can feel overwhelming. Our whole-person approach to care can help, supporting you in body, mind and spirit. A personal Care Coordinator will guide you throughout your treatment, from your initial screening to your plan for rehabilitation.

What Is a Cerebral Aneurysm?

Cerebral aneurysms are bulging, weakened areas in the wall of a brain artery that create abnormal widening, ballooning or a fluid-filled internal blister. Also called brain aneurysms or intracranial aneurysms, they can result from an injury, or they can occur spontaneously. Arteries in any part of the brain can develop an aneurysm.

The majority of brain aneurysms are small — less than four-tenths of an inch in diameter — and occur without any symptoms. These smaller aneurysms may not rupture (tear), but as the size of an aneurysm increases, so does the risk of rupture.

The wall of an aneurysm is thin and weak, meaning it could rupture. When a blood vessel ruptures and bleeds into the brain, there is a significant risk to a person’s life. Blood can accumulate in the brain and pressure builds; swelling and irritation can occur, too. Many people do not survive an initial bleed from an aneurysm, but those who do usually have a severe headache that leads them to seek medical attention.

If you are experiencing a sudden headache accompanied by any of the symptoms of a cerebral aneurysm, seek medical help immediately.

Cerebral aneurysm symptoms range from subtle to acute and frequently require emergency medical care, so it’s important to learn the warning signs. Doing so will help you make the right decision about calling your doctor or seeking emergency medical treatment, so that the condition can receive the immediate attention that is needed for the best possible outcome.

There are three types of aneurysms, each with distinct symptoms:

Unruptured Aneurysms
Small, unchanging cerebral aneurysms might not produce any symptoms until they grow large or rupture. But, when an aneurysm grows, it can press on nerves and tissues.

This can cause symptoms, including:

Ruptured Aneurysms
A ruptured aneurysm brings on a sudden and severe headache.

Leaking Aneurysm
Sometimes, days or weeks before a rupture, an aneurysm will leak a small amount of blood. This is referred to as a sentinel bleed and it can cause a warning headache. Sentinel bleeds are considered rare, and if you are experiencing and sudden and severe headache along with other symptoms, seek medical attention immediately.

Oftentimes, brain aneurysms are not detected until they rupture or are found during medical imaging tests for other conditions.

If you experience a severe headache or other symptoms of an aneurysm, there are four types of tests your doctor may order to determine if your symptoms are the result of an aneurysm.

At the AdventHealth Neuroscience Institute, our doctors use the following tests to detect an aneurysm:

Fast and painless, a CT scan is usually the first test ordered for patients with aneurysm symptoms. A CT scan creates 2D images of the brain and skull — sometimes referred to as “slices” — using X-rays.

Sometimes, a contrast dye is injected into the patient’s bloodstream before the CT scan to help locate an aneurysm. This is called a CT angiography (CTA) and it produces sharper and more detailed images of the blood flow in the arteries of the brain. A CTA can clearly determine the size, location and shape of both ruptured or unruptured aneurysms.

An imaging technique that uses a catheter, X-ray imaging guidance and an injection of contrast material, cerebral angiography can reveal abnormalities, including aneurysms in the blood vessels of the brain. The detail, clarity and accuracy of cerebral angiography can sometimes make it possible for doctors to diagnose and treat an aneurysm in a single procedure, eliminating the need for surgery.

A clear, colorless liquid, cerebrospinal fluid (CSF) acts as a cushion against sudden impact or injury to the brain or spinal cord. A CSF analysis is a series of tests performed on a sample of that fluid, collected from a lumbar puncture (commonly referred to as a spinal tap). A CSF analysis can detect bleeding in the brain, but additional tests are needed to identify its exact cause.

At the AdventHealth Neuroscience Institute, patients have access to a range of cerebral aneurysm treatments. The most common treatment is a minimally invasive procedure performed by a doctor specially trained in endovascular neurosurgery.

However, not all brain aneurysms require treatment. Tiny, unruptured aneurysms without the symptoms of high-risk ruptures may only require regular monitoring via a CTA or MRA.

Because the treatments for unruptured cerebral aneurysms have the potential for serious complications, their use should be weighed carefully against the risk of a rupture. However, if there are coexisting medical problems or risk factors, the aneurysm should be treated aggressively.

To determine the best treatment option for an unruptured aneurysm, your doctor will consider a variety of factors, including:

To reduce the risk of an aneurysm rupture, your doctor will work with you to help you:

For both unruptured and ruptured cerebral aneurysms, your doctor may recommend surgery, endovascular treatments or other therapies to manage symptoms and minimize damage to the brain.

While surgery can be a very effective treatment for some cerebral aneurysms, it can also be very high risk for others, with the potential of damaging other blood vessels, and the possibility of recurrence, rebleeding and stroke.

At the AdventHealth Neuroscience Institute, our neurovascular neurosurgeons work carefully with patients and their families to weigh these risks against the potential for a positive outcome.

We offer a range of surgical options so that every cerebral aneurysm patient has access to the procedures that are right for their condition. These include:

This is an open brain surgery procedure that involves cutting off the blood flow to the aneurysm and requires open brain surgery. It can be highly effective, and aneurysms that are completely clipped typically do not recur. Our neurovascular trained neurosurgeons use special techniques to make these surgeries more efficient and safer.

This procedure is less invasive than microvascular surgical clipping. Your surgeon inserts a catheter into an artery and threads it through the body to the cerebral aneurysm. Tiny spirals of platinum wire are passed through the catheter and released into the aneurysm to block it and reduce the blood that is flowing into the aneurysm. This procedure is sometimes performed more than once in a lifetime because aneurysms can recur.

Flow diversion devices, such as small stents that are used for heart blockages, can be inserted in the artery to reduce blood flow into the aneurysm. A hollow plastic tube is inserted into an artery and threaded through the body to the artery where the aneurysm is located. Flow diversion devices are effective in treating very large aneurysms and aneurysms that cannot be treated with microvascular clipping or platinum coil embolization.

Our experts are on the leading edge of innovation in aneurysm treatment. AdventHealth has adopted new technologies that allow our teams to treat aneurysms that couldn’t previously be treated from inside the blood vessel.